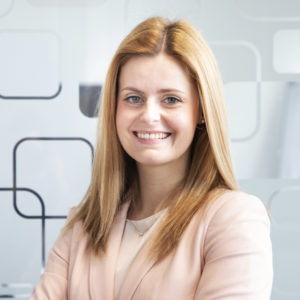 Alessia Vignolo is a Post Doc at the CONTACT unit at IIT. She received her International Ph.D. in Cognitive Robotics, Interaction and Rehabilitation Technologies from the University of Genoa (Italy) in 2018. She was a Post Doc for the University of Warwick for the ERC project “The Sense of Commitment” under the supervision of John Michael, while she was affiliated to IIT working at the Robotics, Brain and Cognitive Sciences Department. Her main research interests are in making robots able to understand humans by using visual cues and, on the other side, in investigating how humans’ behavior is influenced by perceiving different robots’ stimuli visually, with a particular focus on movements in both cases. 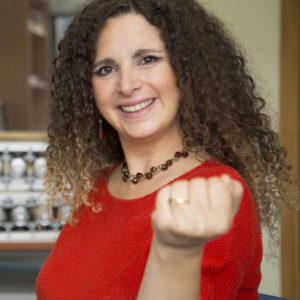 Alessandra Sciutti received her Ph.D. in Humanoid Technologies from the University of Genova (Italy) in 2010. After a Post Doc at the Italian Institute of Technology (IIT) and two research periods in USA and Japan, she is now Tenure Track Researcher, head of the CONTACT (COgNiTive Architecture for Collaborative Technologies) unit of IIT. In 2018 she has been awarded the ERC Starting Grant wHiSPER (http://www.whisperproject.eu), focused on the investigation of joint perception between humans and robots. The scientific aim of her research is to investigate the sensory and motor mechanisms underlying mutual understanding in human-human and human-robot interaction. 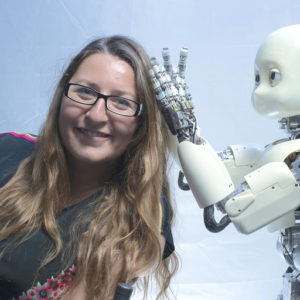 Serena Ivaldi is a tenured research scientist in INRIA Nancy Grand-Est (France), working in the project-team LARSEN. Before joining Inria, she was a postdoc in the Intelligent Autonomous Systems Lab of TU Darmstadt (Germany), and in the Institute of Intelligent Systems and Robotics (ISIR) in Paris (France). She did her PhD at the Italian Institute of Technology in Genoa (Italy). Her research is currently focused on robots collaborating with humans. She is interested in combining machine learning with control to improve the prediction and interaction skills of robots. She is currently PI in the EU H2020 ICT project AnDy (2017-2020), where they focus on collaboration between humans and humanoids, exoskeletons and cobots, and in the EU Chist-Era project HEAP (2019-2022), where they combine machine learning techniques and human-in-the-loop  approach to grasp irregular objects in a heap. 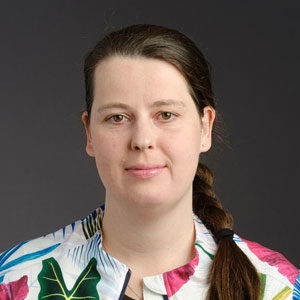 Katrin Solveig Lohan is Professor for Robotics and Automation at the Institute for Development of Mechatronic Systems (EMS) at the University of Applied Sciences in Technology (NTB) in Buchs, Switzerland since 2019 and she is an Associate Professor at the School of Mathematical and Computer Sciences at Heriot-Watt University where she joined in 2013. She is Director of the Social Robotics Group, and she is a member of the Edinburgh Centre for Robotics at Heriot-Watt University. Previously, she was working at the Italian Institute of Technology (IIT) as a Post Doc in the RobotDoc project funded by a Marie Curie RTN. She obtained her Ph.D. in Engineering from Bielefeld University, Germany in 2012, where she also worked as an RA in the ITALK project. Her main research interests are inspired by developmental robotics to allow for a natural interaction with a robot. From this natural interactions, robots shall learn semantics about objects, both through vision and speech. 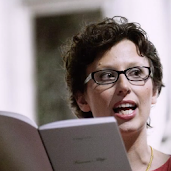 Giovanna Varni is an Associate Professor at LTCI, Télécom Paris, Institut polytechnique de Paris, France. Previously, she was post doc at the Institute for Intelligent Systems and Robotics (ISIR), Pierre et Marie Curie University, (Paris, France), and at InfoMus Lab, DIBRIS, Università degli Studi di Genova (Genova, Italy). She received her PhD from the Università degli Studi di Genova (Genova, Italy). She is an interdisciplinary researcher mainly investigating on Social Signal Processing (SSP) and Human Computer Interaction. She was involved in several EU FP7-FP6 projects and she is currently PI of the national French project ANR JCJC GRACE (2019-2022) on the automated analysis of cohesion in small groups of humans.

To register to to the workshop, please fill the form on